“golden era”, according to a mainland legal affairs expert.

The five booksellers’ disappearance prompted intense scrutiny over whether Chinese agents had operated in Hong Kong, even though Hong Kong police asserted that only local agencies had the power to enforce laws in the city.

There was also mounting pressure for the international community to get involved, as Lee is a British citizen, while another missing bookseller, Gui Minhai, holds a Swedish passport.

For the first time, Britain said in a report on Hong Kong published on Friday that China’s actions over the “involuntary” removal of Lee Po to the mainland “constitutes a serious breach of the Sino-British Joint Declaration on Hong Kong”.

The response from Foreign Ministry spokesman Hong Lei (洪磊) stuck to the official line: “Parts of the report made unreasonable accusations over China. We express strong dissatisfaction and firm opposition to them.” Hong said no country should meddle in Hong Kong’s affairs.

A legal affairs expert from the Chinese Academy of Social Sciences, Chen Xinxin, said the Chinese response was similar to cases where Britain had commented on “what China perceives as internal matters” and that it would do little damage to bilateral relations.

“The incident [over Lee Po] will have little effect on foreign relations ... unless the British take further action,” said Chen.

It has been 46 days since the disappearance of Lee, an owner of publishing house Mighty Current which runs Causeway Bay Books. He was later confirmed to have gone to the mainland without going through official channels.

Lee’s four business associates – all related to the publishing house and bookstore, which specialise in material on Communist Party scandals and power struggles – disappeared separately in October. All of them resurfaced on the mainland, either as subjects of or assisting in unspecified investigations. 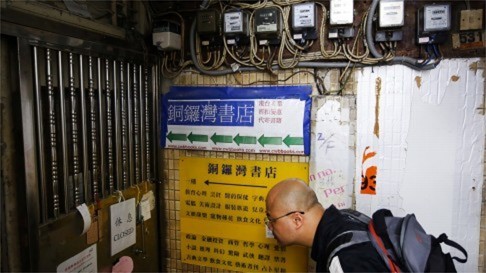 The scholar said the Chinese and British interpretations of their responsibilities towards Hong Kong may be different.

The Sino-British Joint Declaration signed in 1984, when Beijing promised to safeguard the city’s freedoms after the 1997 handover, was seen as a “one-sided treaty” by China as part of the deal to get back Hong Kong and did not stipulate that Britain “had the right” to interfere in Hong Kong affairs, added Chen.

However, former Basic Law drafter Martin Lee Chu-ming said the British had the right to comment.

READ MORE: Lee Po, the main actor in the mystery of the missing booksellers, and the five questions to be solved

“The British should have the right to comment on whether it is a breach or not, given that they signed the joint declaration,” said Lee.

“There were also many other countries which openly supported the joint declaration. In fact it was China which encouraged countries to do so. These countries also have the right to criticise [China’s actions],” he said.

Lee, also a founder of the Democratic Party, added that Lee’s case was a serious breach of Hong Kong’s freedoms and rights.

Secretary for Security Lai Tung-kwok said the police would continue to investigate the case and ask for a meeting with Lee.

We have 141 guests and no members online